Chosing the correct wingpattern for a Bf109G-6

The Bf109G-6 was manufactured at three different factories in Germany (and one in Hungary which is outside the scope of this post), each with a distinct style of camouflage that can often quite easily be identified with a little help from other their distinguishing marks. Identifying which factory an aircraft stems from will help pick the correct camouflage pattern for the wings, something that both model companies as well as decal companies are getting wrong, constantly. The profiles has been made to highlight the important main differences. There were many more subtle differences between different batches but that will not be dealt with here, this is supposed to be a rough guide only.

Messerschmitt Regensburg aircraft can be recognized by the wavy, scalloped demarcationline along the spine which goes down below the canopy, combined with a sort of banded mottle in colors 02, 75 and 74. These aircraft have the same basic camouflage pattern as in 1940! 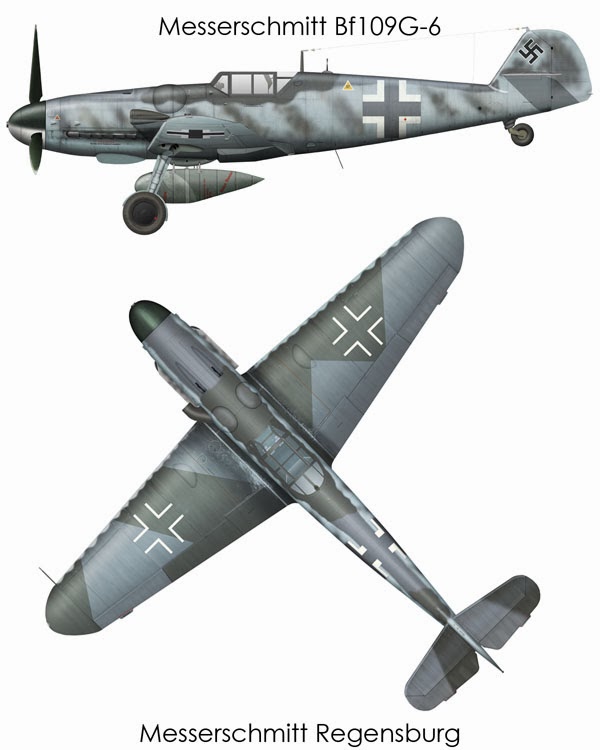 WNF aircraft are closest to the official specs for the camouflage pattern. The demarcation line on the spine is more straight, with an even, often soft, mottle. Most noticeable on WNF aircraft is the pattern on the spine with the 74 further back leaving the canopy in 75. The wingpattern is sometimes very angular and sometimes a little softer. Notice both ailerons in 75, breaking the pattern. 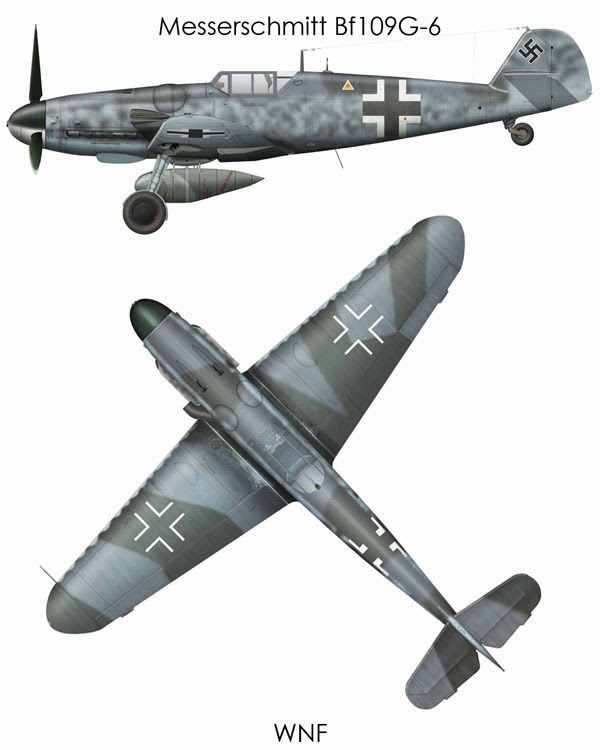 Erla aircraft have the most distinct markings and pattern of them all. On these, the canopy is in 74 but the plate in front of the windscreen is very often in 75 leaving a "gap" of 75 between the 74 on the windscreen and enginecowling. Also very distinct is the spotty mottle, very typical for Erla. The crosses on the undersurfaces of the wings has the thin black outline which neither Mtt Regensburg nor WNF aircraft does. Erla built aircraft carries the sawtoothed camouflage pattern. 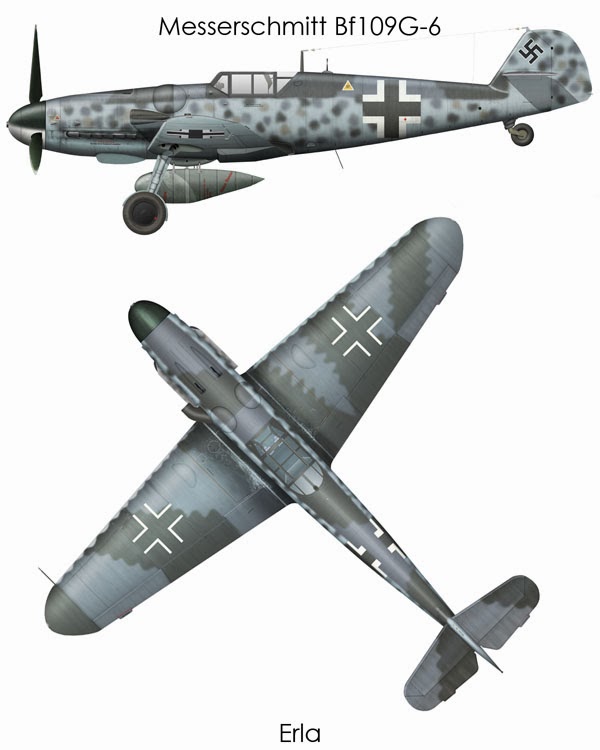